By the virtue of being the “Fourth Estate of realm”, after executive, legislature, and judiciary media has a significant role to play in the process of democratization within a society.  Its function is to serve as the eyes and ears of the masses so that the goals of a system are met as access to information that in turn may serve as a vibrant “checking function” is essential to the health of democracy for ensuring a responsible and informed citizen rather than acting out of ignorance or misinformation.

The relationship between the media and the process of democratisation contexts usually has two major concerns: (1) democratization through the media and (2) democratization of the media itself. It is difficult to identify a direct relationship of cause and effect between the media and democratization as the available empirical evidence is anecdotal and so cannot be subjected to rigorous empirical testing. The media may be viewed either as dependent on society and mirroring its contours or as primary movers and molders. Likewise, media freedom has been perceived as an indicator of democratic reform or as a precondition for democratic institutions to work properly. For both media and democratisation scholars, the mass media are regarded as one of the key democratic institutions vital in improving the quality of the electoral system, parliament, judiciary, and other branches of the state, even civil society, and safeguarding their democratic performance.

Along with the traditional media such as newspapers television and radio the advent of internet paving the way for new media affords everyone the chance to say whatever they desire and now millions have the opportunity to reflect their thoughts through digital media. The unpredictable turn out of new media reflecting in recent uprisings demonstrates the power of internet and compels to rethink the relationship between new media and democracy while evaluating the real potential of internet and new media in advancing the democracy across the globe.

The cardinal role that media can play in promoting the human development can be imagined in the ideas of liberal theorists from Milton through Locke and Madison to John Stuart Mill have argued that the existence of a unfettered and independent press within each nation is essential in the process of democratization by contributing towards the right of freedom of expression, thought and conscience, strengthening the responsiveness and accountability of governments to all citizens, and providing a pluralist platform and channel of political expression for a multiplicity of groups and interests. Thus it is greatly emphasize that a free press is not just valuable for democracy, a matter widely acknowledged, but the final claim is that this process is also vital for human development. The free press, Professor Amartya Sen suggests, enhances the voice of poor people and generates more informed choices about economic needs. Media landscapes are therefore widely regarded as strengthening democratization and good governance directly, as well as human development indirectly. 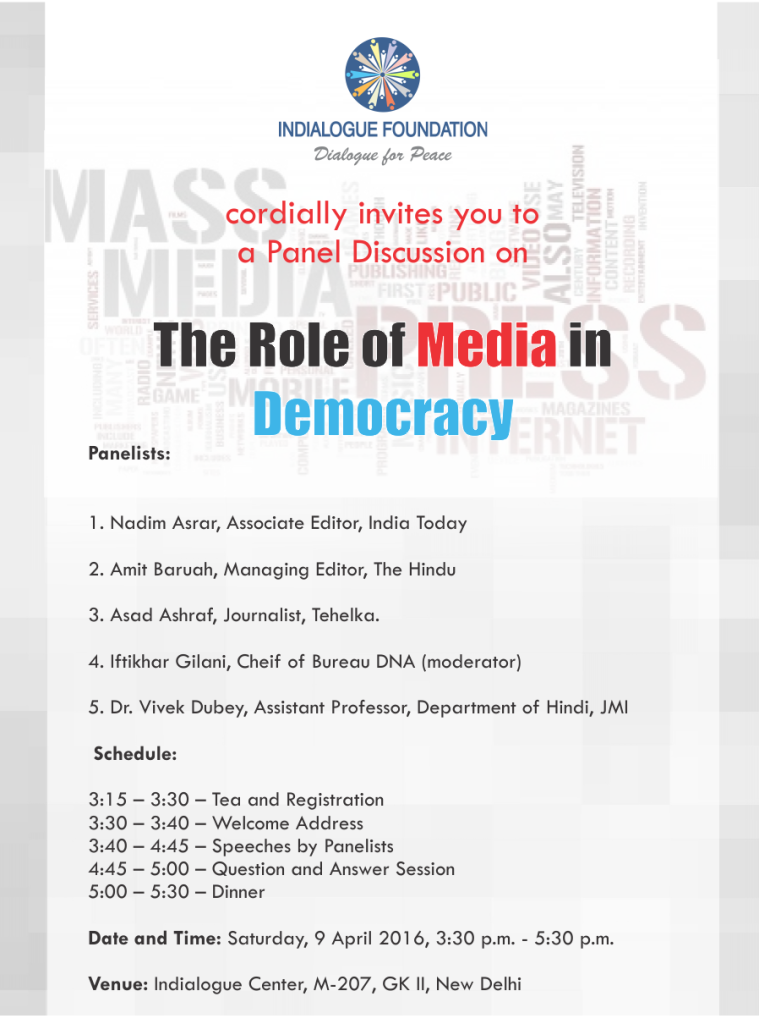 Posted on April 5, 2016 by admin
Posted in Announcements